Members of the Executive Committee 2018 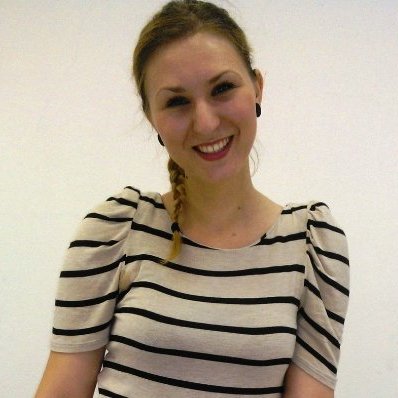 Petra received both BSs and MSc degree in Control Engineering and Automation at Faculty of Electrical Engineering and Computing in Zagreb, Croatia. She spent 1 year of her Masters at KU Leuven (Belgium) as a student of Computer Science. Love towards student organizations started when joining several of them, participating in their workshops/summer schools/conferences all over Europe and leading teams to show students that student time can bring much more than just studying and passing exams. After a graduation, she worked for 2.5 years at CERN (Conseil Européen pour la Recherche Nucléaire) as a software engineer in Industrial Controls and Safety group. Currently she is enrolled in PhD at AAU Klagenfurt working on coordination and mission planning within a swarm of drones.

He received B.E. in Electronics and Tele-Communication Engineering from Mumbai University, India in 2014. Worked with Oracle Financial Services Software Ltd. from 2014-2017 as Technical Analyst. Currently studying MSc. in Systems Design at University of Applied Sciences Carinthia; specializing in Embedded Systems.

Sarmad Shaikh is a doctoral student in the institute of Networked and Embedded Systems (NES) at Alpen-Adria University, Kalgenfurt, Austria, since November 2015. His research interests include RF/Antenna designing and wireless communication systems. Moreover, his current work is on the localization in the massive MIMO system using EM lens antennas. After completing the bachelors degree in Telecommunication Engineering in 2011 from FAST-NUCES University, Pakistan, he received masters degree in Electronics Engineering in 2015 from Sabanci University, Istanbul, Turkey.

Philipp Hübner was born in 1987 in St. Veit, Austria. He studied “Embedded Systems Design” at the University of Applied Sciences in Hagenberg where he received his MSc in 2013. From July 2012 until June 2013 he was working on his thesis in the field of digital system design and verification at the European Organisation for nuclear research (CERN) in Geneva, Switzerland. During his bachelor studies he also completed an internship at the Neuroscience Research Australia (NeuRA) in Sydney. In November 2013 he joined the Pervasive Computing Group as a research staff member involved in the “TrustEYE” project. In January 2014 he joined the CROSMOS project and works as a teaching assistant since June 2014. Former Chair 2016.

Wilfried Elmenreich joined the Mobile Systems group as a senior postdoc researcher in 2007. He is also affiliated with Lakeside Labs, a research cluster investigating self-organizing networked systems. His interests are wireless sensor networks, real-time systems and protocols, and self-organizing systems. Wilfried studied at the Engineering School for Electrotechnics and Control in Weiz, Styria and graduated at the Vienna University of Technology where he received a Master’s degree in computer science in 1998 and a Ph.D. degree in technical sciences in 2002. His doctoral thesis addresses the sensor fusion problem in time-triggered systems. From 1999 to 2007, he was a research and teaching staff member at the Institute of Computer Engineering at TU Wien. In 2008 he was granted habilitation (venia docendi) from the Vienna University of Technology.